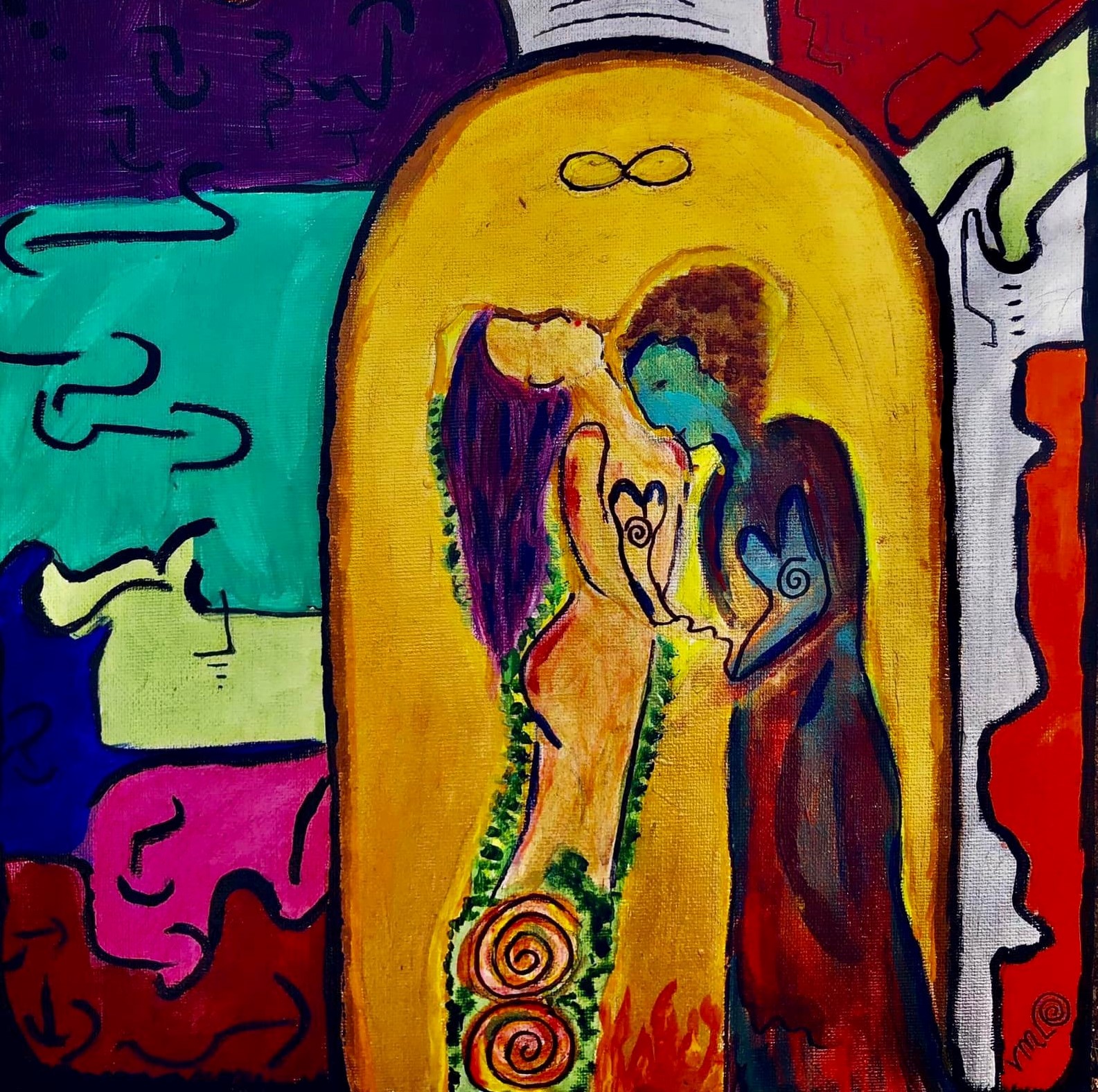 When the masculine essence combines with the feminine essences it creates a trine in the heart center which activates the higher heart & mind faculties. This is known in the ethers as a heart twine merge. This beautiful activation & merge is seen in the ethers as a faculty divine codex for the purpose of embodying more light & codes from the great central sun through the ascension vortex of energies here on the earthly plane of existence. Within this beautiful trine, the beloveds made their final descent from the ethers into the dream worlds, creating for themselves the heart merger necessary to become the gods & goddesses that their soul desires for them.

In the upper world realms, the assistance of the souls’ merger with the embodiment of the angelic human is activated throughout all timelines. This in turn activates the souls divine DNA to encompass more compassion, empathy & love. It is when this occurs that the feminine aspect in a human female avatar begins to release codes to call her beloved to her. This in turn activates the souls masculine principle in the ethers to bring in the divine union codes for their merger here in the physical realm. It is then that the feminine form can start to dance with true joy for the return of her missing divine masculine in physical form.

Now this begins the steps up the stairway to heaven in the beautiful astral spaces of the divine heavenly realms. So then the progression of the stairway to heaven as it were begins the sacred trineing with the beloved counterparts in the physical. It is then that she becomes her own inner goddess ready to fly upon the wings of her masculine counterpart. This will then set the two up for a physical union.

Once the feminine understands that she is conscious of her male counterpart, she will embody more of her true divine feminine coding that is transposed for her darker lower feminine aspects. She will merge the two, light and dark to deal with the earth realms unforgiving nature regarding bringing in her divine feminine light. She is a blessing to all the divine aspects of her living counterparts brought in through the light and love of the Christos Sophia. She will light up her space and the grids, for her womb is activated to twine with the earthly crystalline grids & become her own master. She is the creational embodiment of all that she desires in her physical world. She, The divine Feminine is calling to her beloved through light, sound, DNA structures in the crystalline grids within the ethers and earthly planes.

She will transform him from his earthly signatures into that of a heavenly beacon for all to witness & become one with him in his desires to obtain an awakened divine feminine in it’s entirety. She will call him in with her heart twinning to be encompassed in her deep passion and sensitivities. She embodies the Sophia in her heart & soul. She will be in the ether realms waiting for him to completely lace with her. It is then that she can relax into her newly formed pathway to the divine. She will call him into her to embody a physical union.

Divine Union Painting by Vanessa Mara. Her email is: shinewithvanessamara@gmail.com

I am a Celestial Shaman, White Wizard, Holder of the Mother Arc Essence & Artist dedicated to Spiritually Supporting Souls through the Ascension. Cheers & Loves Tracey

The Return of the Christ, A Simplified Explanation…

Heart Declaration for you…